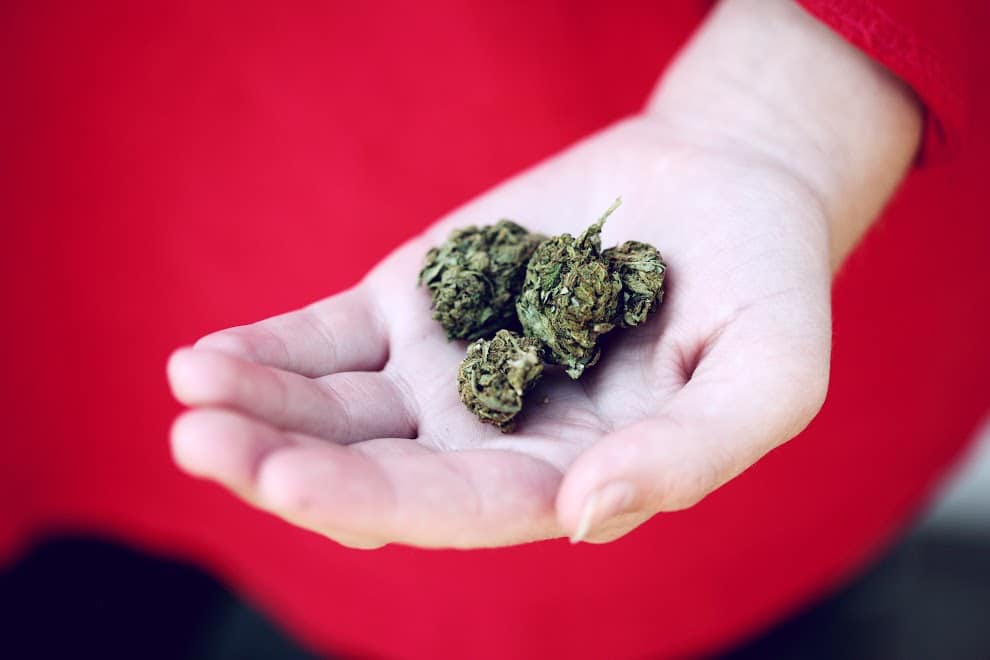 What Is The Phellandrene Terpene?

Terpenes are specific chemical combinations that lie within the cannabis plant. They can also be found in all forms of plants. In marijuana, terpenes often provide different strains with a valuable set of properties that usually ranges between floral scents and health-inducing effects. The way terpenes work is by interacting with one another — as well as with CBD and THC — to produce singular chemical boosts. However, not all terpenes are commonly employed in commercial cannabis strains, and therefore might not be very abundant in the market. Moreover, we are still not sure of the exact amount of terpenes interacting within a specific cannabis strain. This means we are probably still a long way from discovering all of them.

Among the most common terpenes that can often be found in popular cannabis strains are limonene, pinene, ocimene, myrcene, linalool, humulene, terpionlene and caryophyllene. However, there are still many more that are often regarded as secondary terpenes. These terpenes are not as present in cannabis strains and therefore are not as studied as the most famous ones.

Out of all the secondary terpenes, probably none has been more consistently overlooked than phellandrene. Whether it’s professionals from the cannabis industry or the occasional customer, people aren’t often very attracted to the particular properties phellandrene has. Phellandrene brings together two noteworthy organic compounds: alpha-phellandrene and beta-phellandrene. These two compounds are usually distilled from the eucalyptus plant species, and may also bring interesting medical properties to the person who chooses to use this terpene.

Phellandrene produces a scent with a high concentration of mint, wood and a subtle amount of citrus. It is also easily absorbed, which makes this terpene come in handy for receptors and all forms of products with chemical combinations. The cosmetic industry often makes use of phellandrene, for example. In the field of Eastern medicine, phellandrene has also been employed for a long time, due to its antibacterial and antifungal properties.

Let’s examine how exactly does the phellandrene terpene interact with other chemical compounds and what the effects it brings are.

How Phellandrene Pairs With Cannabis As A Health-Booster

As is the case with the wide array of cannabis-related subjects, research has been unable to determine all of the facts associated with the phellandrene terpene. Although cannabis legalization at the state level has enabled scientists to pursue experimentation in this field, the fact that marijuana is still classified as a Schedule I drug in federal regulation prevents doctors from conducting all the necessary tests. However, what has been determined so far can shed light on a particular form of terpene that remains somewhat of a mystery.

In 2017, a study was conducted where scientists detected the presence of alpha-phellandrene in cannabis strains such as Jack Herer and Trainwreck. To ascertain this, the scientists had to test about 233 different samples derived from 30 cultivars in a California dispensary. The method used in this process was gas chromatography. In the end, it was determined that alpha-phellandrene had infused both cannabis strains with antibacterial properties that would produce a significant health boost to the person using it.

However, the study also led researchers to classify phellandrene as a secondary characteristic in strains with a high concentration of terpinolene.

A similar study was conducted later. This time, researchers found traces of alpha and beta-phellandrene equally interacting within the Ace of Spades and SAGE strains. The data collected in this latest study was relatively similar to the one from the study conducted in 2017. Doctors also concluded that users from these strains were likely to obtain the benefits associated with phellandrene.

What Are Phellandrene’s Medical Benefits?

The phellandrene terpene is potentially significant when it comes to beneficial properties, in spite of it being overlooked by most commercial cannabis strains. In order to understand how its health effects work, you should know that its two key components, alpha- and beta-phellandrene, are not the same. These two organic compounds are almost identical, yet their chemical structure tends to be substantially different.

The phellandrenes are not at all new within industrial use. They were initially discovered at the beginning of the 20th century. However, even before that time, they had already been employed in different ways and were often incorrectly identified as limonene or pinene. Likewise, people who turned to phellandrene use consistently mistook both organic components for a unique property. It was only after the compounds had been tested in eucalyptus oil that people discovered that alpha- and beta-phellandrene were, in fact, two differentiated isomeric compounds instead of one. The compound is largely among the most easily absorbable substances in the infusion industry, which makes it a common additive.

One of the most important studies on phellandrene’s effects on the organism was conducted in 2015. In this instance, scientists looked into phellandrene’s impact on the chemical structure of rodent test subjects put up next to those of limonene. The study concluded that both terpenes exhibited antidepressive and antihyperalgesic properties, leading scientists to believe that these effects could practically work in human test subjects as well. Some doctors, however, are still not completely sure that phellandrene would display the same behavioral patterns in isolation. Therefore, it’s possible that this terpene requires an additional pairing, such as limonene, to boost its health-inducing benefits.

A major potential effect phellandrene is believed to possess are anti-cancer and anti-inflammatory properties. Scientists have conducted in vitro studies where they identified potential anti-cancerogenic effects. For the anti-inflammatory properties, they tested phellandrene on rodent subjects. It is still too early to determine whether humans who use cannabis strains with a high concentration of phellandrene will experience the same effects. In order to ascertain this, scientists will have to incorporate standard tests for humans. If phellandrene studies lead to its development as a health-boosting terpene, chances that the cannabis industry chooses to devise products with a high dose of this terpene are very high.

« What Is The Geraniol Terpene?
What Are The Best Cannabis Strains For Focus? »
Pickup Location