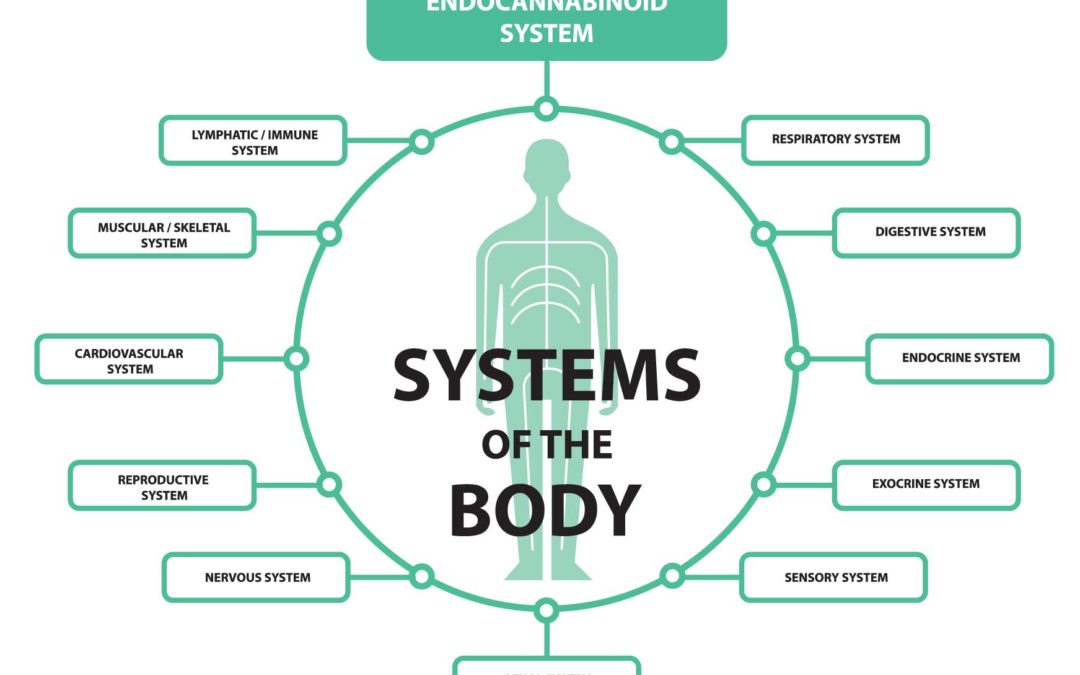 What is the Endocannabinoid System?

That’s because it’s a vast molecular system that’s made up of cannabinoid receptors, molecules, and special cannabinoid processing enzymes. It consequently affects every bodily function we have.

Built to Interact with Cannabis

The word “endocannabinoid” means: cannabis type compounds naturally occur inside of the body. Cannabinoid receptors are found in the body’s nervous system, digestive system, and in the tissue of every major organ. Ideally, these receptors are kept busy interacting with naturally-occurring cannabinoids (anandamide) that the body can produce from exercise and diet. However, it can also benefit from the cannabinoids in cannabis.

It’s been shown that a damaged endocannabinoid system can lead to a variety of symptoms specifically related to pain. This presents an opportunity since human bodies are built to interact with cannabis. The cannabinoid receptors (CB1 and CB2) bind with the compounds in the cannabis plant for therapeutic outcomes that complement the body’s own ability to heal over time.

What is the difference between CB1 and CB2 receptors?

It’s been established that both CB1 and CB2 are part of the endocannabinoid system in most living things. Even though they both react to cannabinoids, each has unique jobs.

CB1 can bind with THC from the cannabis plant for a high as well as the body’s natural cannabinoid, anandamide, that has no psychoactive effect but maybe rather calming. CB2 binds with cannabinoids to reduce inflammation and pain.

Cannabis is comprised of more than one hundred compounds that the human body can tap into through its endocannabinoid system. It’s kind of like plugging in the lights on a Christmas tree. After cannabis is used connections are made and areas of the brain and body can be put back into balance.

Cannabis can have longer-lasting, positive effects than the bodies naturally occurring cannabinoids and it can be targeted to achieve certain results. Stop by Haven to learn more about how you can benefit from cannabis and get the most out of your endocannabinoid system.