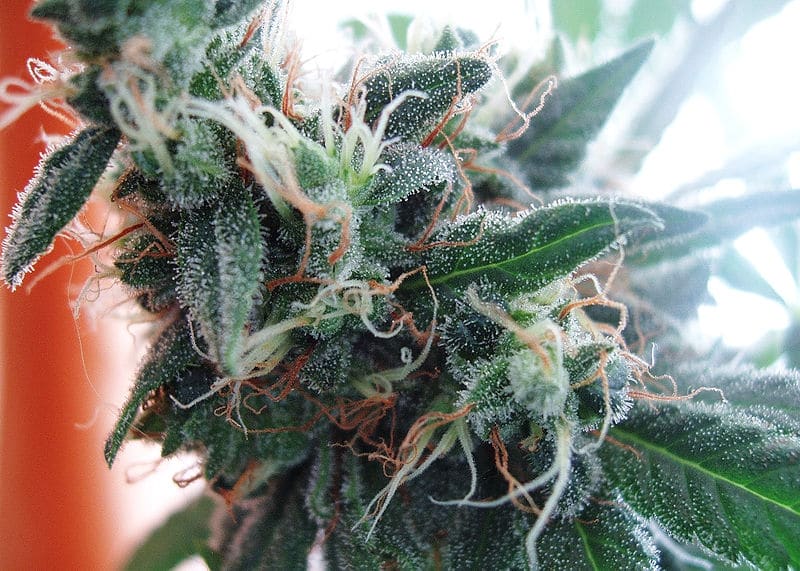 What Is The White Widow Cannabis Strain?

Ever since the cannabis industry started, there have been numerous strains and offers for users and clients. This has been and continues to be the standard in dispensaries throughout the world. With the increasing legalization and acceptance of cannabis, especially in the leisure and medical fields, these strains have grown especially popular. Among them is the White Widow, which stands proudly as one of the most sought after in the industry.

The White Widow is a particularly powerful strain whose fame and prestige has kept customers satisfied since the earliest days of the cannabis industry. Marijuana dispensaries across the United States continue to provide their customers with the delightful potency of this strain. In Amsterdam, coffee shops tend to entertain their clients with the White Widow among its most profitable offers. However, unlike most strains that can be found nowadays throughout the market, the White Widow is especially valuable to cannabis connoisseurs. Its popularity reaches out to more than just personal and casual use. Both customers and professionals from the cannabis industry employ the White Widow in order to gain the abundant potency it has to bring and work strains of their own. Some of the strains people grow through the White Widow are White Rhino and Blue Widow, which could be defined as variants of the more popular strain.

We know its potency places it among the most coveted strains in the market. And yet, regular customers might want to clarify everything it has to bring before they make up their mind. How can casual users and unexperienced customers know if White Widow might just be the best cannabis strain for them? We will answer that below.

How Was The White Widow Strain Born?

Most strains in the cannabis industry were conceived after a long period of experimentation between experts and customers. However, the origins of the White Widow aren’t as well-known as those of most strains. To this day, it remains a mystery in the cannabis industry, due to how many different versions there are as to the origins of the strain. The most predominant tale in regards to how this strain was discovered involves the famous breeder Shantibaba, who would later go on to found the Green House Seed Company. According to the legend, he stumbled upon a Brazilian Sativa while on vacation. Intrigued by the plant and its yet undiscovered properties, he went on to source a hybrid plant hailing from southern India, comprised almost entirely of Indica. He had to journey to the mountains of Kerala to get this specific hybrid combination, which resulted in what later came to be known as the White Widow strain. This version of the strain’s origins has never been completely acknowledged by professionals from the cannabis industry or by its customers. However, it has proved successful marketing-wise. Research shows that customers favor this version.

Nonetheless, although we can’t say for sure if all of the details surrounding its discovery are real, we do know where and when the strain was first bred. Historically, the hybrid strain that is White Widow was created by Shantibaba in Amsterdam in the ‘90s. Unlike almost all other strains, the buds of the White Widow never achieve full colorization. Even when the strain is ready for harvesting, the buds are almost entirely pale. Another of the famous properties that it has is the combination of tiny sugar-resembling crystals that seem to spark when looked at. Customers and cannabis enthusiasts grew very fond of these traits and therefore baptized the White Widow strain as thus. 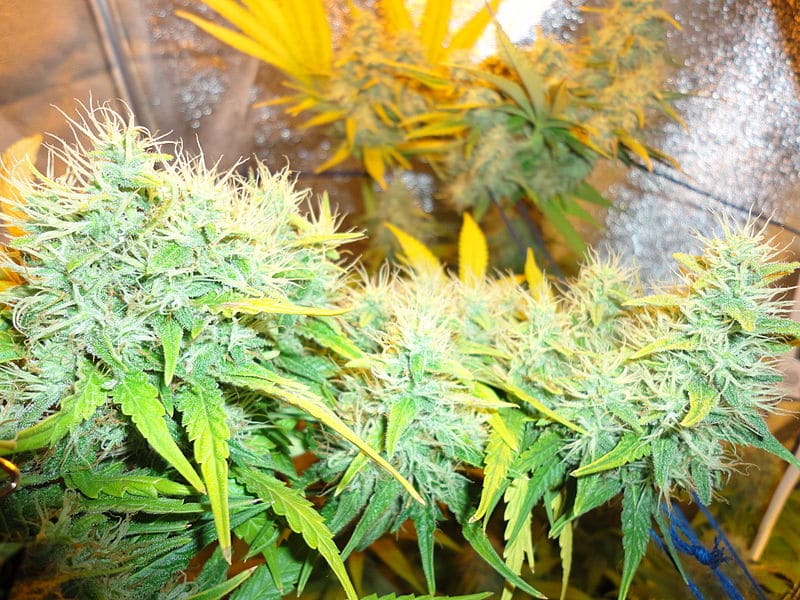 How Does The Strain Taste?

Customers who have been introduced to the White Widow strain account for its many appealing properties, among which are a potent scent that is reminiscent of natural undertones. The powerful smell that makes this strain altogether more remarkable than others, is blended with herbs and spices such as sandalwood. Another major component the White Widow strain has is fruit. Customers usually disagree where fruit is more predominant, whether in the scent or in the strain’s taste itself. Some favor how the scent of fruit blends well with the other herbs, while others consider that it is far more enjoyable when tasted. Customers who find the fruity aroma especially appealing tend to compare it to the blending of tropical fruits that is common to other strains, particularly with the scent of oranges.

Users who smoke the White Widow strain first experience the sweet circus scent as part of the taste. Then, the taste moves on to earthly flavors, such as the scent of pine wood. Tasting a flower-like aroma is also a very common experience among users of this strain. To most smokers, the blend is delightful and soothing, without losing any of the expected effects of a regular cannabis strain. Others tend to find that the blend loses softness along the way, resulting in a relatively harsh smoke. To most users, however, smoking accessories tend to drown this unwanted side effects of the strain. 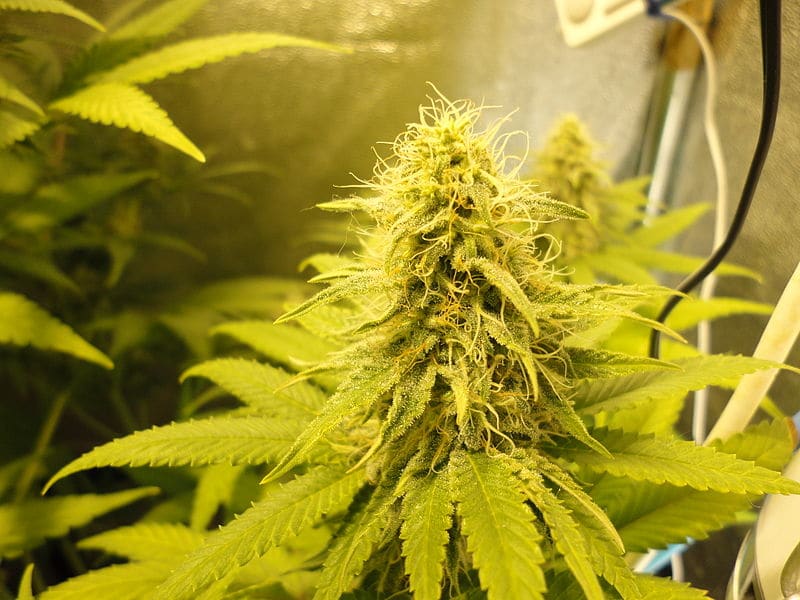 How Does It Feel To Use The White Widow Strain?

The White Widow, in particular, is made up of about 15% or 20% THC, something for which it is considered a medium-strength strain. When it was initially grown and created by Shantibaba, the was meant to combine and increase the positive effects of the Indica and Sativa strains as much as possible. Perhaps the major accomplishment the White Widow has is that it can achieve complete organic relaxation in the user without putting him down. Smokers tend to find the cerebral side effects that White Widow brings particularly enjoyable. Some tend to seek out this form of strain precisely because of this effect. Thanks to its soothing but functional capacities, users can feel happier and more relaxed while also particularly more social and confident. Users continue to attest on a regular basis how the White Widow allows them to be more creative at their tasks, helping them secure their goals.

The White Widow is one of the most popular and best-regarded strains in the cannabis industry. Be sure to try it, and let us know how it played out for you in the comments below.

« Could Nausea Be Treated With Cannabis?
What Are The Best Strains To Alleviate Pain? »
Pickup Location