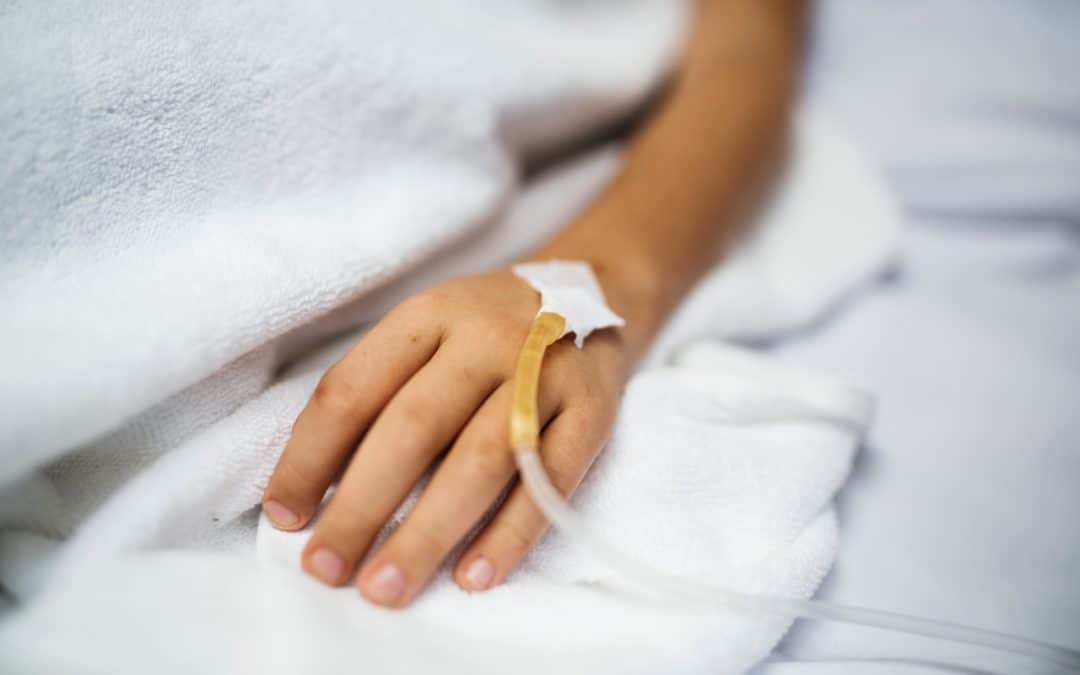 Cannabis Strains to Fight the Side Effects of Chemotherapy

Nowadays, cannabis is widely used in the United States to help treat a plethora of medical conditions, mainly because of its relaxing properties. Even though it is still federally illegal because of its Schedule I status, doctors, patients and cannabis advocates push for more acceptance due to its benefits fighting the effects of chemotherapy, among other diseases. People who defend federal legalization of the substance remark how beneficial it can be to cancer patients since its effects go past the head-high that is commonly linked to the consumption of marijuana.

Among its numerous health benefits, cannabis improves the effectiveness of chemotherapy in ways that are promising. Likewise, marijuana can help to lessen the side effects of chemotherapy, which are among the most devastating factors when it comes to cancer treatment

How Does Cannabis Help with Chemo?

Chemotherapy is one of the most common medical treatments for cancer treatment. During this process, special drugs are used in order to kill cancerous cells in the body before they get to split and spread. The drugs themselves may be ingested in several ways, such as injections, pills, or an IV. The spreading of cancerous cells may be successfully stopped on time, just before they get out of control and start to metastasize. But sometimes, even this procedure isn’t enough.

The main problem with chemotherapy, however, is that it targets all cells, including the healthy ones. As a result, patients may experience symptoms from mild discomfort to extensive tissue damage and side effects may have a destructive psychological impact on the patient. For example, hair loss, nausea and fatigue are closely related to the chemotherapeutic treatment of cancer. As such, chemo patients very often feel depressed because of how uncertain the ultimate result of the procedure might be. The negative side effects of chemo are, therefore, worsened. This is where cannabis comes in to work its usual miracle.

Cannabis is one of the most effective means of addressing the negative symptoms of chemotherapy and accelerate the alleviation and recovery of patients. Among the symptoms it treats best are pain, inflammation, nausea, appetite loss, and depression. Both THC and CBD, which are cannabinoids, can work in synergy with cancer treatment drugs in order to improve the outcome of the therapy. The result is that the process becomes more tolerable. In a similar sense, research has shown that cannabis slows cancer cell growth all while leaving surrounding cells untouched. Sometimes, cannabis can even reverse cancer cell growth. The nature of the whole process is still a subject of debate and scientific study. 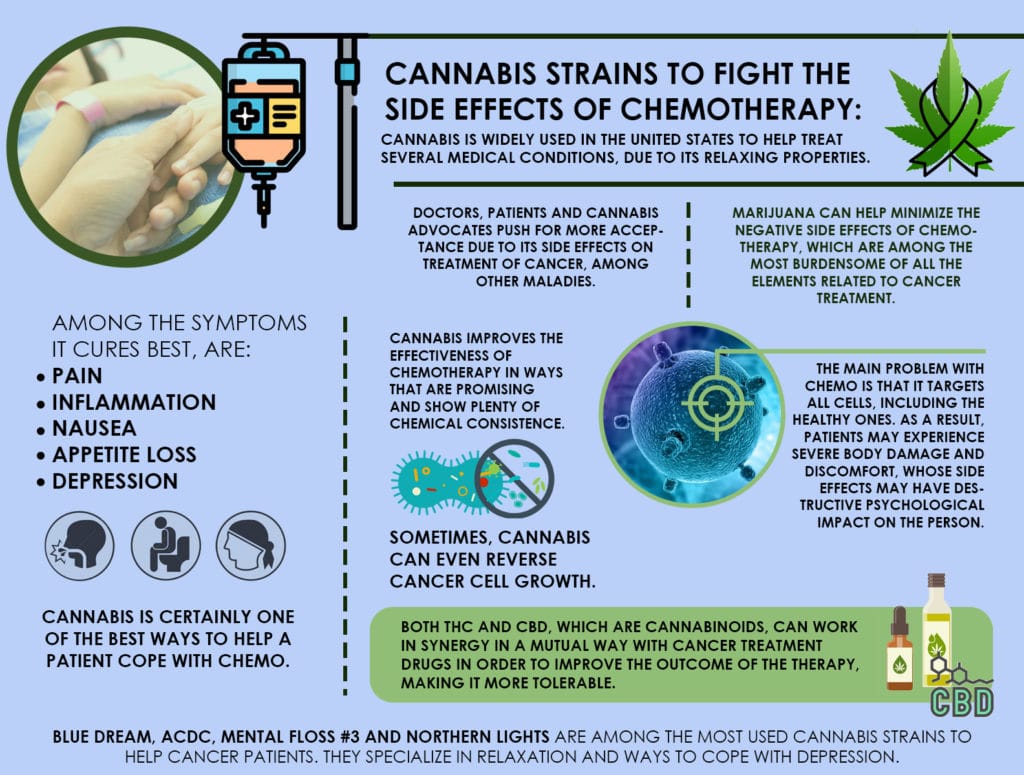 The Best Marijuana Strains for Chemotherapy!

Cannabis strains can be very different from each other. The best strains have been perfected by cannabis breeding experts for many years, during a process whose main goal is to deliver the best possible results with the least negative impact. As a result of this, an influx of potent cannabis strains has been fashioned after purchasers and consumers, modeled precisely after their specific needs. Consumers who wish to treat the side effects of chemo through the use of cannabis ought to focus on strains devised for medical purposes, as well as their own individual preferences.

Given that cancer is always gruesome news, the more methods are there to treat it and make the patient’s recovery easier, the better. And cannabis is certainly one of the best ways to help a patient cope with chemo.

« Is Cannabis a Good Way to Treat Migraines?
What Are the Perks of Owning a Desktop Marijuana Vaporizer? »
Order Delivery Order Pickup