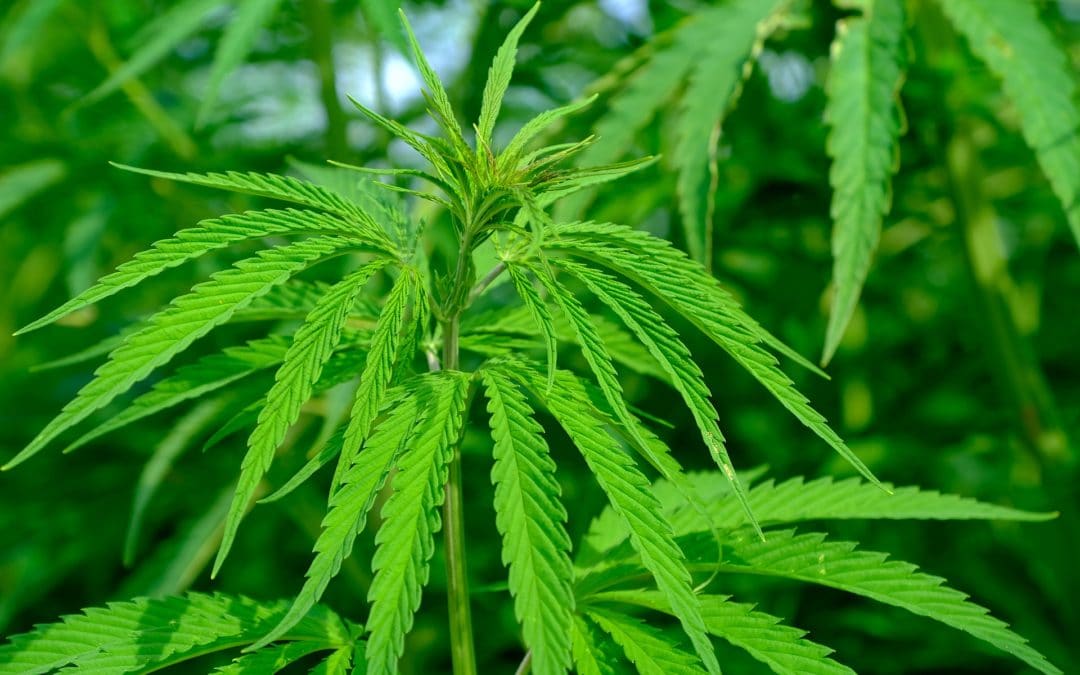 How Does CBD Work?

CBD is one of the most attractive parts of cannabis. People from all over the world have come to love it as a truly relieving substance. CBD is short for Cannabidiol, which is one of the many cannabinoid molecules that can be found within cannabis. The cannabis plant produces two main cannabinoids — CBD and THC — among many other substances. However, although most people associate cannabis with stress relief and a soothing effect, these benefits can only be obtained from CBD. Unlike CBD, THC has psychoactive properties, which is why it is important to acknowledge it separately.

CBD and THC are phytocannabinoids, which is a fancy word for saying they come from the cannabis plant itself. What makes both of these elements stand out is their capacity to produce a certain effect on the cannabinoid receptors. The cannabinoid receptors are one of the most important components in our endocannabinoid system. Doctors and professionals from the cannabis industry have found that THC has many medical benefits as well. However, it is CBD that gets the most attention, thanks to its non-intoxicating effects that manage to alleviate stress, anxiety, inflammation, and pain. Medical patients across the world have been treated to the wonders of CBD, and most attest to its efficiency when compared to more traditional medical solutions.

Because of all these reasons, CBD is often regarded as a therapeutic compound. Unfortunately, we don’t know everything that this component can do to help medical patients. In order to ascertain this, more studies will have to be conducted every year. Let’s take a closer look at what makes CBD so special, and how it is different from other endocannabinoids. 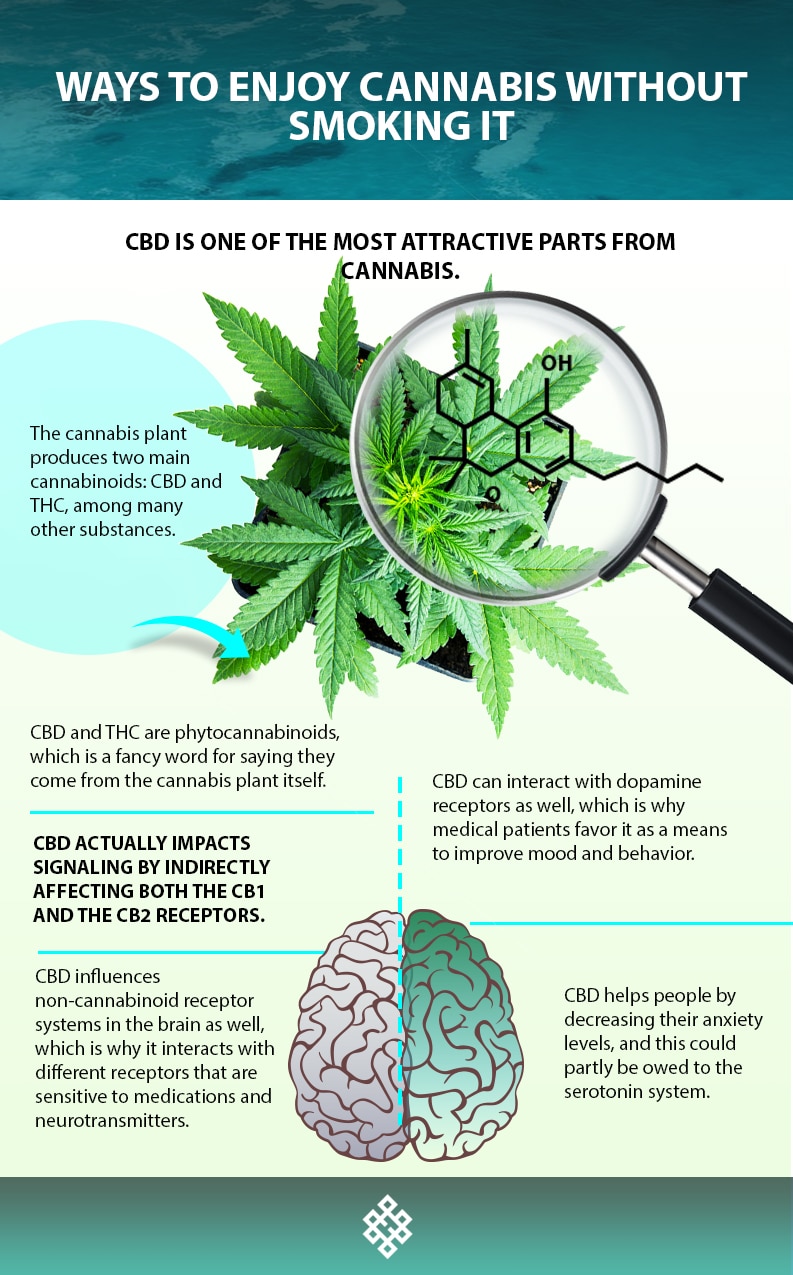 Why CBD Won’t Get You High

It is important to acknowledge that THC and CBD are not the same and that their effects are quite different from one another. First-timer users tend to mistake the two, and often think that they will get the same effects regardless of which component they use. However, there is one key difference between the two — THC will get you high while CBD won’t.

CBD and THC both affect our endocannabinoid system, but the way each of them does it varies. THC affects CB1, but this does not happen with CBD as well. People who try THC and are put off by their psychoactive effects can turn to CBD as a means to counteract them. One of the ways CBD works is by preventing the interaction of THC with the CB1 receptor. The THC:CBD ratio has a very important function since it manages to balance the effects of cannabis products.

CBD blows everyone away because of how many therapeutic applications it could potentially have. The evidence supports different applications of these components. Over the years, many medical experiments have evaluated the efficiency of CBD-infused treatment for many human disorders. Other kinds of studies have also been conducted, mostly in animals, and have delivered similar results. These experiments have examined CBD’s physiological and behavioral effects in different types of organisms. The performance of cannabis in the organism has been tested with positive results throughout numerous studies, including pharmacological studies. During these tests, the interactions and active mechanisms were examined through in vitro work, and in each of these tests, CBD emerged with positive conclusions.

Understanding how each study works is a huge advantage. It makes it possible for us to draw conclusions on how CBD-infused therapy could work in humans, in terms both of safety and effectiveness. Experiments involving animal patients are also groundbreaking, given that they allow scientists to test the biological effects of the components in all their potential. Unfortunately, researchers still don’t know everything that CBD can do to treat human patients, given that these studies usually do not employ humans.

However, there’s lots of anecdotal evidence that reveal how effective CBD is in alleviating all sorts of physical and medical complications. Moreover, they have also been deemed more effective than traditional medications. What animal studies accomplish for scientific CBD research is to provide a wider understanding of CBD’s biological effects.

Because it is a cannabinoid, we may assume CBD operates more or less like THC does, in the sense that it interacts with the two cannabinoid receptors: CB1 and CB2. However, this is not what happens. CBD actually impacts signaling by indirectly affecting both the CB1 and the CB2 receptors. This helps us understand how CBD’s effects are non-psychoactive, and why this is so different from those produced by THC.

However, CBD’s influence in the organism is not limited to the process described above. Not only does CBD manage to impact both the CB1 and CB2 receptors, it also increases the levels of naturally produced endocannabinoids. This is accomplished by inhibiting the enzymes that break cannabinoids down. Some studies have also found that CBD influences non-cannabinoid receptor systems in the brain as well, which is why it interacts with different receptors that are sensitive to medications and neurotransmitters. We can get a good idea of how this process works by looking at opioid receptors, which are famous for their ability to regulate pain in the body.

CBD can interact with dopamine receptors as well, which is why medical patients favor it as a means to improve mood and behavior. People who are treated to the greatness of CBD often seek more rewarding experiences, which helps them cope with low self-esteem and depression. There are doctors and therapists who believe that CBD could also be effective in reducing drug cravings and withdrawal symptoms, which could come in handy in treating patients struggling with addiction. And yet, as it happens with other areas where CBD could be potentially groundbreaking, we still don’t have as much data as we need. In order to draw more definite conclusions, further studies will have to be conducted.

Another area where CBD could also be very beneficial is the serotonin system. Among the animal studies that have been carried out regarding CBD’s success as a treatment, the data shows that this component activates serotonin receptors in the brain. It is a well-known fact that CBD helps people by decreasing their anxiety levels, and this could partly be owed to the serotonin system.