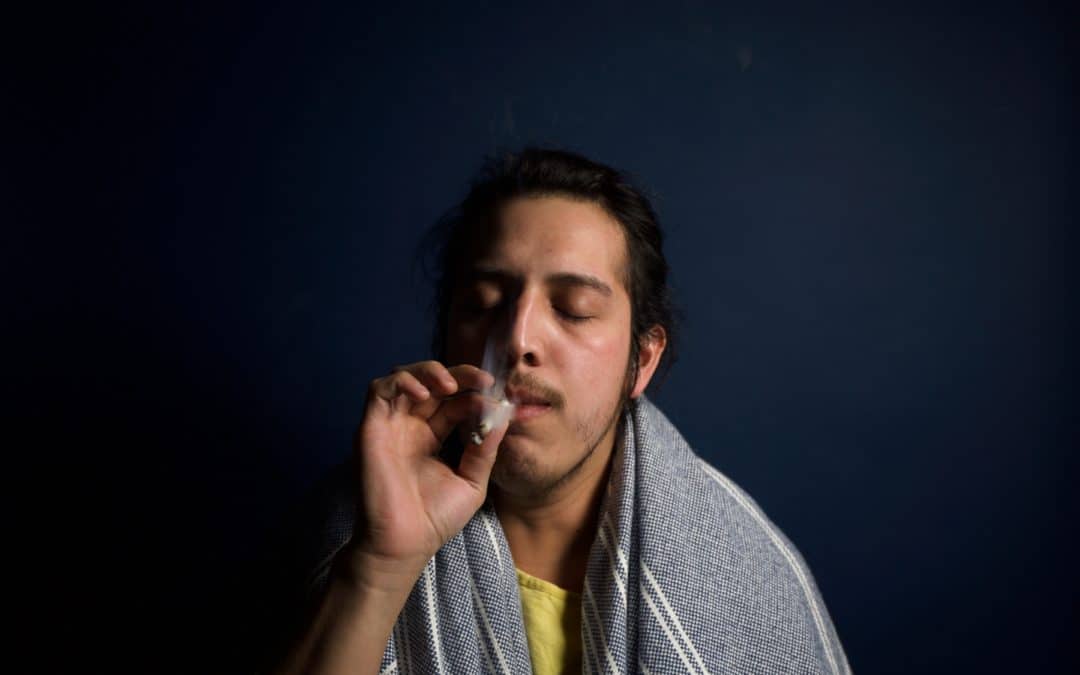 How Cannabis Could Help People Suffering From Crohn’s Disease

Over the years, we have come to embrace the different beneficial effects cannabis brings. Every year, new studies demonstrate how health can be improved for people suffering from different conditions who are impelled to try cannabis-infused treatments and therapies. Whether it’s strong migraines or even complex diseases, cannabis can make patients cope with their conditions better. If you’re going through a rough medical time yourself, you may be wondering how much your life could be improved by cannabis. At this moment, a total of 33 states in the US have legalized medical marijuana. So, if you live in one of these states, asking a doctor for advice on it is probably the best thing to do. However, there are cases where cannabis is seen as the more effective solution, such as when patients suffer from Crohn’s disease.

Marijuana prescription varies from state to state. Yet, there are cases where a malady such as Crohn’s disease could warrant a prescription. Experience shows that even in states where medical marijuana isn’t usually prescribed for Crohn’s disease, doctors may choose to incorporate cannabis into the patient’s treatment. Among Crohn’s effects on the human organism, chronic nausea and physical pain are some of the most affecting. Because of this, it qualifies for a topical medical prescription.

Let’s take a look at what Crohn’s disease is and how it may be relieved through the use of medical cannabis.

For patients suffering from Crohn’s disease looking forward to getting a medical marijuana prescription, it is important that you happen to live in a state where its use is legal. If this is the case, then consider discussing the possibility of getting a prescription with your gastroenterologist. Medical specialists are growing more aware of the health benefits of cannabis every day, and therefore may be willing and able to help you. In states where medical marijuana has been legalized, doctors tend to specialize in its prescription and practice it regularly.

Nowadays, gastroenterologists across America certify that patients now tend to ask for a marijuana prescription. Most of these medical patients suffered from Crohn’s disease. One of such doctors is Alyssa Parian, a gastroenterology specialist from the John Hopkins Medical Center. She remains open to her patients using cannabis, as long as it helps them overcome the chronic pain brought about by Crohn’s disease. Like other professionals from the medical industry, Dr. Parian has grown aware of how marijuana proves more effective in alleviating certain illnesses than more conventional medications. However, she also warns that medical marijuana should be used with an adequate sense of proportion, since an excess in its use might produce unexpected side effects.

By now, there are dozens of studies that have demonstrated how cannabis can alleviate many of the symptoms associated with Crohn’s disease. Some of the most common are loss of appetite, nausea, and severe chronic pain. Doctors are aware that these symptoms may appear in other forms of disease, where medical marijuana is often employed as a common treatment. For this reason, the consensus that it may be successfully applied to Crohn’s disease as well is growing. Other patients who experience this condition have also claimed that cannabis alleviates diarrhea, which is another unpleasant symptom of Crohn’s disease.

However, although what cannabis can do to alleviate someone’s severe pain seems like a major breakthrough, it may not necessary treat the true cause of the disease ailing the patient. The cause behind Crohn’s disease is an inflammation in the bowels, which may not be as easily treatable as the more universal symptoms it brings. Doctors are still uncertain as to whether cannabis can successfully treat inflammation at the bowels level or not. To demonstrate this, further studies with enough conclusive data will have to be conducted.

Since medical evidence is still scarce in the case of Crohn’s disease, doctors may be unwilling to allow their patients to add medical marijuana to their list of medications. In general, this might only be allowed as a safer substitute for narcotic painkillers. If patients are suffering tremendously from the symptoms of Crohn’s disease, they may turn for cannabis as an effective means to alleviate the effects of their illness, but always with thorough and careful moderation.

Other medical studies have been conducted on the pairing of cannabis prescription and bowels diseases. In these cases, patients who used cannabis more frequently usually had a greater risk of undergoing surgery afterwards. Doctors consider that cannabis is effective in lowering the side effects of Crohn’s disease, but they show concern at the willingness of their patients to mask the symptoms instead of checking with their doctors more regularly. As they use cannabis to cope with their illness, they underestimate how the symptoms of Crohn’s disease may become worse, and will ultimately skip the necessary treatment.

How Do Doctors Prescribe Cannabis For Crohn’s Disease?

Although some patients suffering from Crohn’s disease feel inclined to mask their symptoms through cannabis use, this doesn’t disprove the effectiveness of medical marijuana as a form of treatment. Doctors now urge patients who wish to receive a medical marijuana prescription to use cannabis as a complementary form of medication, and not as a substitute for their therapy. Especially for patients who keep experiencing symptoms such as vomiting and chronic pain, in spite of cannabis use, talking to a gastroenterologist on a regular basis is absolutely necessary.

Patients suffering from Crohn’s disease usually ask their doctors to grant them a marijuana prescription, whether or not they commit themselves to avoid trying to mask the symptoms associated with the illness. Though not all doctors are allowed to issue marijuana prescriptions, they may refer the patients requiring them to a specialist. There are many doctors specialized in cannabis prescription in California, as well as throughout the states where its use is legal.

Professionals from the medical industry may feel very open-minded about patients who wish to treat the symptoms of Crohn’s disease through cannabis use. For this, a fine, balanced strain of both THC and CBD doses may be the miracle treatment for the most unpleasant of Crohn’s symptoms. This pairing will allow patients to cope with their symptoms while remaining active and self-aware.

« The Best Cannabis Strains For Camping
What Is The Geraniol Terpene? »
Pickup Location