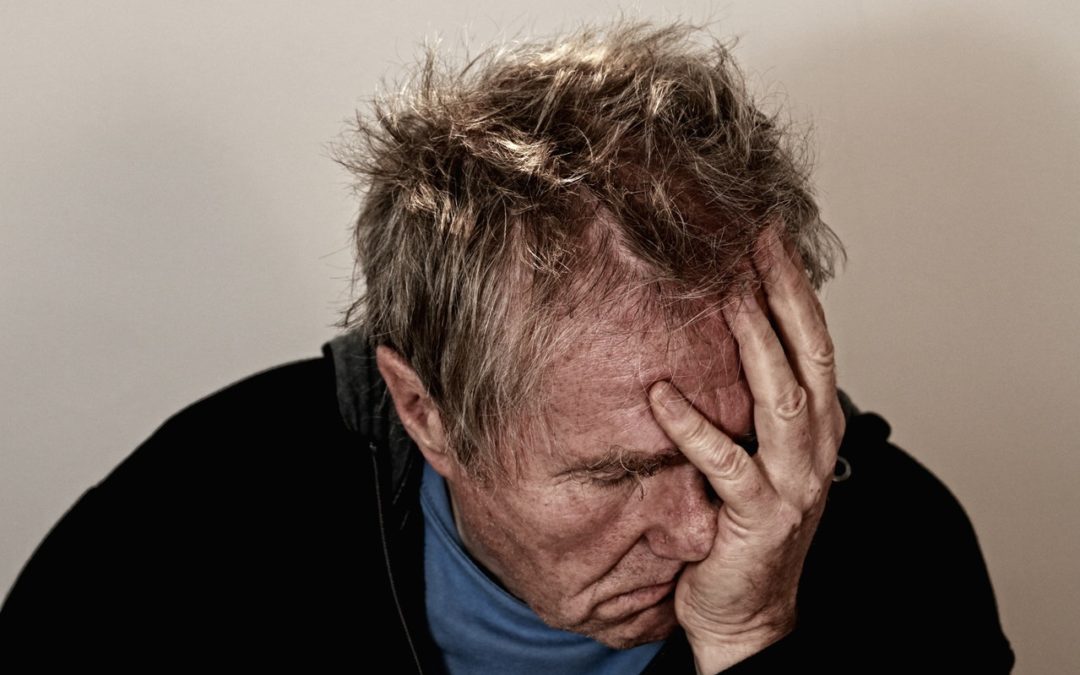 Is Cannabis a Good Way to Treat Migraines?

Of all illnesses and maladies in the world, there are few that prove as much of a nuisance as migraines. A migraine is more than just a regular headache, although both can feel grudgingly similar. A migraine is made up of nausea, dizziness, hypersensitivity to light, and on top of all that, a very particular, unbearable type of headache that makes even your skull go numb. Migraines can mess up with your daily routine tremendously. Everyone has experienced it from time to time. And if you haven’t, there is a strong chance that you’ve met people who deal with migraine as part of a debilitating body experience.

Statistics show that migraines are surprisingly common among adults of all ages, and range from different occupations and places throughout the world. It is estimated that close to 5 million adults experience migraine every day. Similarly, statistics show that over 14 migraines occur for every month in total. If truth be told, migraines make up one of the world’s most common illnesses, with some indicators placing it as the third most abundant of all maladies. People who experience migraine risk several other illnesses that come with the condition, such as feeling depressed, anxious, and developing insomnia. Overall, migraines have a negative effect on a person’s quality of life, and can threaten it substantially depending on whether it is solved satisfactorily.

What is behind the appearance of migraines?

Repeatedly, medical studies have shown that migraines are caused by a wide variety of factors. It is common knowledge that a woman’s menstrual cycle is directly linked to the experience of migraine in the female body, whereas causes such as weather changes, food poisoning and strong chemical odors can trigger migraine all the same. Although there is plenty of evidence backing up the connection between these causes and the experience of migraine, the specific physiological cause is itself mostly unknown.

For the last 20 years, it has been claimed that migraine might be caused by inflammation of the dura mater and the outer casing of the brain. Other studies have shown that serotonin rates dropping to alarmingly low levels may have a direct connection with experiencing migraine attacks. We need serotonin to conduct our daily lives, and as part of the general brain function. Therefore, a lack of this valuable brain chemical could be enough to trigger migraines.

Additionally, the human body has a particular way of maintaining homeostasis. This occurs through the endocannabinoid system, or ECS. The ECS contains receptors such as CB1 and CB2, which perform the much-needed bodily actions to hold the triggers of migraine at bay. Other than the CBs, ECS also harbors and produces 2-AG as well as anandamide, which are endocannabinoids whose main function is regulating neuropeptide release. When medical patients experience migraine attacks, one of the most commonly observed symptoms in them is the decrease of anandamide in the cerebral spine.

When it comes to medicines that can help alleviate pain resulting from migraine attacks, cannabis might be one of the most effective, as well as one of the safest out there.

It has been acknowledged that both CBD and THC have anti-inflammatory effects on the body once used. CBD can also hinder enzyme activity, as well as fatty acid amide hydrolase (FAAH). One of the reasons for which cannabis could perform a very helpful function with regard to this, is that FAAH often interrupts anandamide production in the cerebral spine, which can lead to migraine. By hindering FAAH, CBD preserves the much-needed function of anandamide in the cerebral spine, therefore stopping the painful effects of migraine. Dr. Josh Kaplan, a neurologist and one of the leading authorities in cannabis medical use, has exerted that “CBD can activate serotonin receptors which support its role as a potential migraine prophylactic”. The potential benefits of CBD use to hold back the effects of migraine attacks on the body, however, have not been empirically assessed, according to Dr. Kaplan’s own statements.

Nonetheless, even though studies are not entirely conclusive with regard to the lasting positive effects of cannabis use against the appearance of migraines in the body, some preliminary studies have so far given positive feedback. In 2016, a study which empirically tested over 100 migraine patients, found that cannabis consumption results in a decrease of monthly headaches of more than 50%. Similarly, a different study conducted around the same year showed that migraines could be related to a theoretical condition called “clinical endocannabinoid deficiency.” Furthermore, one year later, a different study showed that migraine frequency in the body could experience a more effective and longer-lasting decrease via cannabis consumption than through prescription medicine consumption. 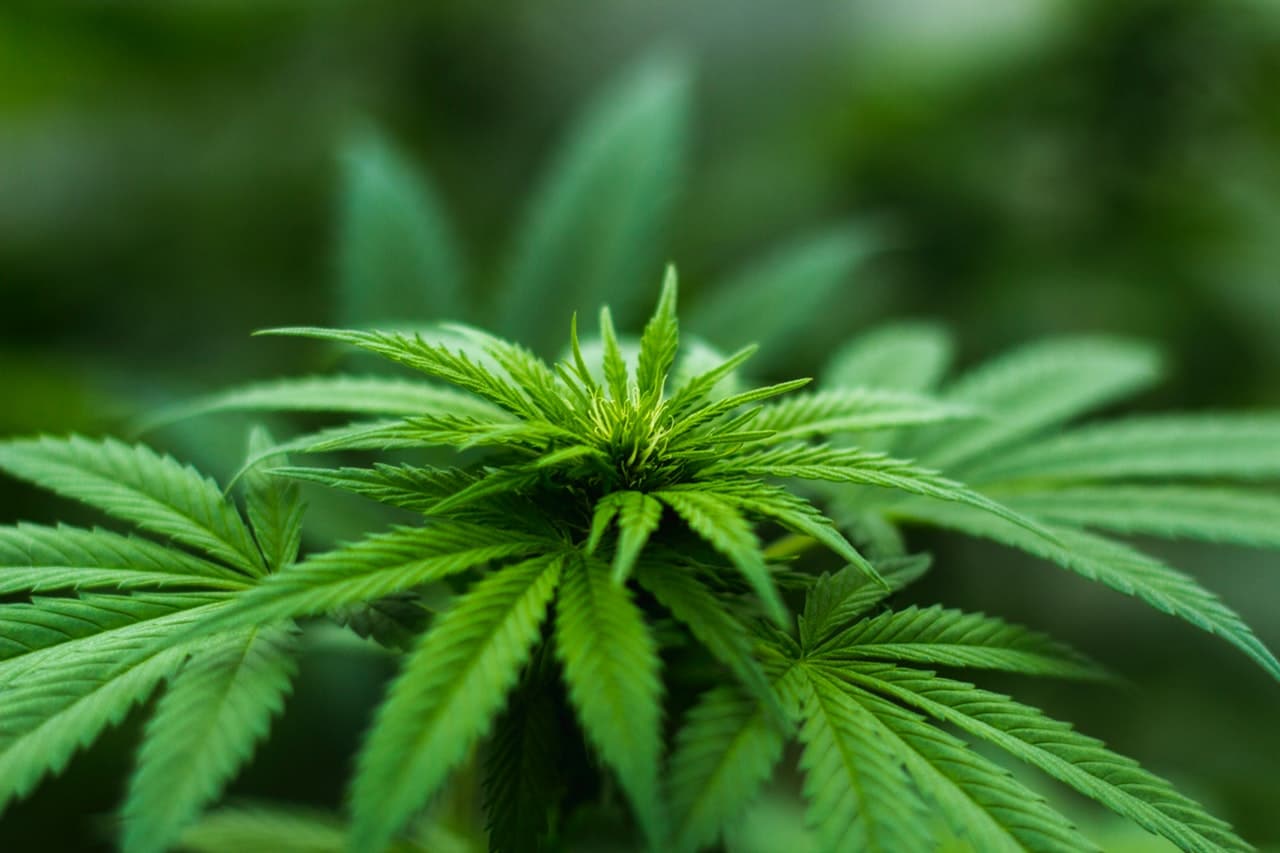 Cannabis use against migraine attacks, however, is not without its flaws.

According to several medical experts on the subject, there is a risk that cannabis treatment against migraines could lead to developing tolerance against the substance in the body. This has been asserted by, among others, Dr. Kaplan himself, who has warned the medical community against this risk in migraine patients. Basically, the risk is that patients who use THC-rich cannabis as treatment for their migraines could be in danger of worsening the problem over time, by desensitizing CB1 receptors to both THC and endogenous cannabinoids. Nevertheless, although this has been regarded a major danger in cannabis treatment for migraine attacks, Kaplan also asserts that it hasn’t been empirically tested yet. Therefore, it shouldn’t be considered that cannabis treatment will inevitably lead to drug resistance. 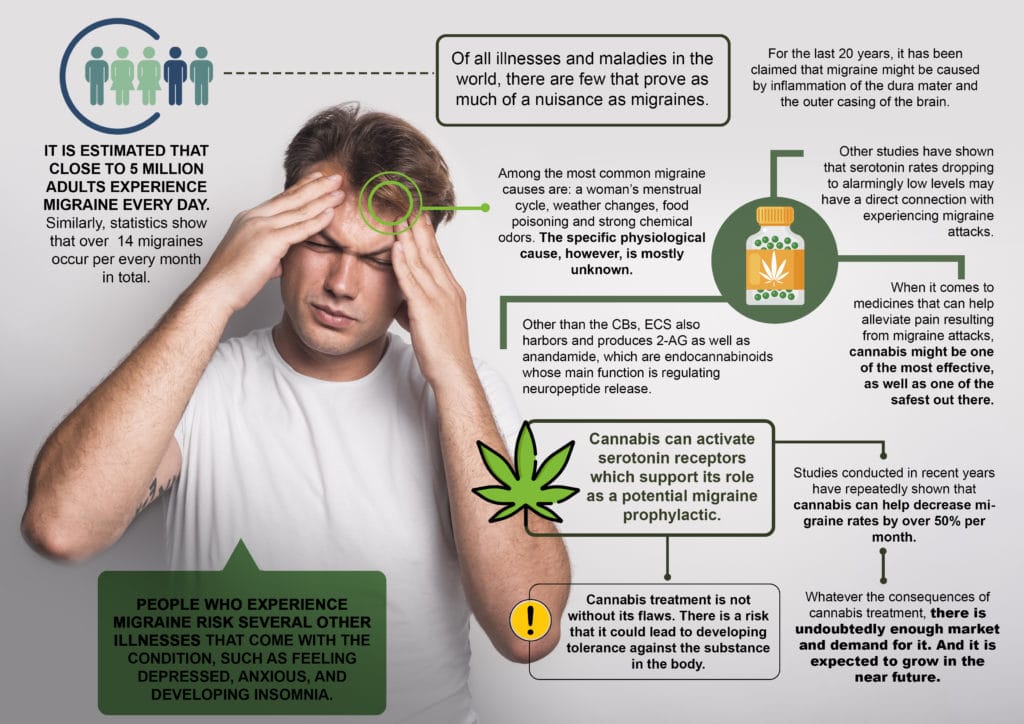 In spite of everything mentioned in the paragraph above, medical experts have also claimed that there is a pending patent on the use of cannabis to treat migraines. If anything, the experts say, the groundwork is being set so more empirical tests can be conducted, and the effects of cannabis in migraine patients can be sufficiently explored. Statistics show that about 5% of patients at a medicinal cannabis shop in Oakland treat migraine through cannabis use. Therefore, whatever the consequences of cannabis treatment, there is undoubtedly enough market and demand for it. And it is expected to grow in the near future.