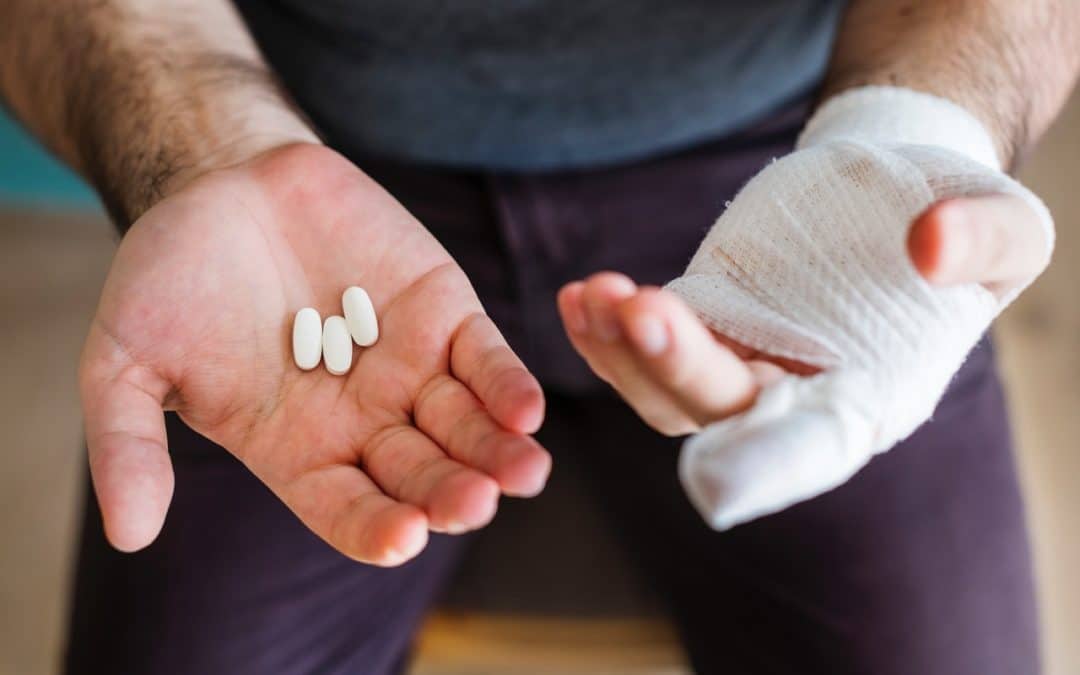 How Cannabis Could Replace Painkillers

Cannabis instead of painkillers have been enjoying a major wave of acceptance in recent years. Most Western countries now consider some forms of cannabis to be legal. Those who don’t are under pressure from medical organizations and citizens to legalize it. In the United States, more than half of the states have legalized medical marijuana. It is also legal for patients of chronic pain who have been prescribed cannabis as a treatment to use it in Washington D.C.

Understanding the health benefits of cannabis and its many chemical compounds go hand-in-hand with acknowledging its potential. Medical professionals continue to regularly perform studies where cannabinoids are tested on patients experiencing pain or sickness. In most cases, cannabis has provided them with relief and has eased their symptoms, helping the patients cope with harsh forms of medical treatment. However, it has also been found that cannabis may not simply be an alternative treatment for other conventional methods, such as painkillers. As pharmaceutical remedies are causing consumers to feel more dependent, doctors think cannabis might just be the safer option between the two.

Why Painkillers Are Not As Safe As They Seem

Recently, reports have emerged declaring that the US is facing a nationwide opioid epidemic. Due to this, doctors are becoming more and more hesitant about prescribing infamously addictive painkillers. Medications that have been widely used for years due to their chemical convenience might not be so safe anymore. Painkillers such as Vicodin and OxyContin are now under the medical radar, enduring an almost quarantine-like scenario. Nowadays, doctors consider opioids to be some of the most dangerous medications out there. One of the reasons doctors are becoming more cannabis-friendly is thanks to the fact that opioids are physically and chemically addictive, which does not apply to the cannabis plant or its derivatives. According to recent medical reports from reputable institutes, the unprecedented opioid crisis has led to the deaths of hundreds of patients who rely on prescribed drugs.

How Cannabis Could Replace Opioids

Few doctors doubt that cannabis is a safer substitute option for highly addictive painkillers. As a means to hold back the opioid epidemic, doctors consider prescribing cannabis is a very effective form of treatment and the safest substitute. This effort comprises many actors, including government officials, public policy advocates, and medical professionals. Although this is certainly the goal, cannabis will probably not replace more conventional painkillers overnight. The most common forms of remedies, such as anti-inflammatory drugs like acetaminophen and ibuprofen, will remain for the time being. These remedies help people overcome migraines or headaches, and are far too regularly consumed to pose as much a threat as the opioid-based medications. Nevertheless, opioids are the most common prescription drug for patients who endure forms of chronic pain, or who are still recovering from major injuries after a dangerous surgical procedure. It may be possible for a patient to obtain from their doctor a cannabis prescription for chronic migraines. However, the same thing should not necessarily be said about a spontaneous headache.

In spite of all this, chronic pain has only been considered an eligible medical condition since 2017. It was then that medical professionals proclaimed the consensus that medical marijuana might be considered a healthy and viable substitute for painkillers in patients who experienced this condition. At this point, doctors believe that virtually all of the states which have legalized medical marijuana consider its prescription legitimate when it comes to replacing opioids-based painkillers. In states such as California, patients who may be experiencing regular pain for several months have the possibility of going to a specialized doctor and get a cannabis prescription. In order to obtain this substitute for painkillers, the patients need to prove that the pain they suffer from forces them to become unfocused at work and their daily routines. Basically, chronic pain needs to significantly alter someone’s life for them to obtain a cannabis prescription. All things considered, chronic pain is possibly the most common way to qualify for a medical cannabis prescription, according to doctors who have compared its effects to opioids-based medications.

Not all doctors are experienced with the beneficial effects of cannabinoids in patients suffering from chronic pain. Cannabis-friendly professionals in the medical industry consider the program to be relatively young in most states that have legalized marijuana. As such, if you happen to experience this condition that requires prescribed medical marijuana, your physician might refer you to a cannabis-friendly doctor instead. Going to an experienced cannabis-friendly doctor will give you the advantage of being prescribed the best types and dosages for your pain.

Identifying how the doses vary between them could make a huge difference in the treatment. In medical terms, there are three categories of cannabis doses:

Depending on what the patient is required to do during the day, cannabis-friendly doctors might prescribe different doses. If a patient struggling with pain must also carry out a very demanding work routine, for example, they should have access to a dose with minimal psychoactive effects. That would be a strain with high CBD and low THC mix. This would help the person remain functional during working hours, without experiencing the psychoactive effects from the THC, while also keeping the healing components CBD brings.

When compared, a combined dose of THC and CBD is more effective as a treatment for chronic pain than either of these on its own. What both of these compounds do in the healing process is complementary. CBD works as an anti-inflammatory, whereas THC masks the pain and holds it at bay. Doctors now consider that a combination of THC and CBD may be more effective in treating chronic pain than most of the conventional and CBD-free medications available on the market.

If you are currently thinking of using cannabis as a means to treat your chronic pain condition, the wisest thing to do would be to ask a medical professional who is experienced in cannabis as a remedy. A specialized doctor will manage to determine which dose should work best to alleviate your specific form of pain. Doctors consider that using cannabis is one of the most personal medical choices that exist. Furthermore, finding a dose and a type that are specifically beneficial to your requirements can take a lot of time. Discussing your specific condition and symptoms with your doctor could help you obtain a prescription for the best possible dose available.

« Does Cannabis Help Treat Breast Cancer?
Could Nausea Be Treated With Cannabis? »
Pickup Location
We use cookies on our website to give you the most relevant experience by remembering your preferences and repeat visits. By clicking “Accept”, you consent to the use of ALL the cookies.
Do not sell my personal information.
Cookie SettingsAccept
Manage consent